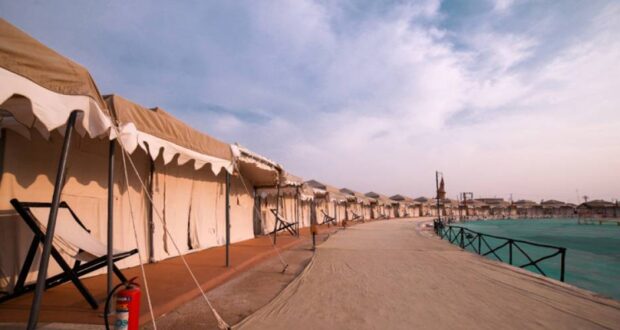 Tourism is vital for the success of many economies around the world. There are several benefits of tourism on host destinations. Tourism boosts the revenue of the economy, creates thousands of jobs, develops the infrastructures of a country, and plants a sense of cultural exchange between foreigners and native citizens.
The number of jobs created by tourism in many different areas is significant. These jobs are not only a part of the tourism sector but may also include the sectors including agriculture, communication, health and the educational sector. Many tourists travel to experience the hosting destination’s culture, different traditions, and gastronomy. This is very profitable to local restaurants, shopping centers, and stores.
The United States, Spain, and France earn the highest tourism revenue from international visitors. The United States earns the most from international tourists. During 2017, the United States’ revenue from tourism was $211 billion from its 77 million international visitors. Spain holds second place with an income of $US68 billion from its 82 million international arrivals. France received more tourists (87 million) than Spain and the United States but earned $61 billion which places it in third place. What is the reason behind the fact that the United States receives the highest revenue but welcomes the least number of visitors compared to France and Spain? This is explained by the length of time international visitors spend there. Visitors who come to the United States spend a longer amount of time compared to the time spent in France and Spain.
Tourism is today one of the most powerful drivers of economic growth and development. This is a result of stronger economic growth, more affordable air travel, technological changes, new business models, and greater visa facilitation around the world. Tourism has great importance in the economy and cultural development of India. It promotes national integration. It makes us aware of the beauty and rich cultural heritage of our nation. It promotes inter-regional relationship. Tourism encourages cultural pursuits and provides support to local handicrafts. It helps in development of international understanding. India’s natural beauty, diversity and glorious past attract innumerable visitors to India every year. Overseas holidayers and travellers have awarded India the fourth rank among the best holiday destinations of the world. Over 2.6 million foreign tourists visit India every year. Foreign tourists visit India for heritage tourism, cultural tourism, ecotourism, adventure tourism, medical tourism and business tourism.
While, Kerala, Goa, Rajasthan, Agra are the blue eyed destinations for the tourists coming from abroad, Odisha has remained the undiscovered wonders of the Indian sub-continent. The state government has identified brand new locations for setting up year-round eco-retreat sites, nature camps, day destinations, river cruise, boating, jungle safari, wildlife sighting towers throughout the state. Now more domestic tourists are also visiting the nature camps in Odisha.
Scaling up of eco-tourism activities at Talasari, Konark, Satpada, Chandipur, Debrigarh, Bhitarkanita, Similipal, Daringibadi, Astarang, Satkosia gorge, Tikarpada, Hirakud, Chilika and Nalabana etc are being done. Similarly, demarcation of tourism zones in forest areas, listing out the dams, river stretches and water bodies having good potential for boating, water boats, cruises and placement of houseboats are being undertaken. Nature camps in thirty to forty new locations are planned inviting more private participation.
Odisha has earned a name as the land of famed forests, mountains, valleys, waterfalls, gorges, soaring peaks with stunning wildlife in their own natural habitats. The important wildlife in State are Elephants, Tigers, Leopards, Hyena, Sambar, Spotted Deer, Wild Boar, Giant Squirrel, Crocodile, Jungle Cats, Hornbills, many migratory birds etc. A total of 110 species of reptiles including three crocodilian species, 20 species of amphibians, 479 species of birds, 86 species of mammals have been recorded so far in the State. For Nature tourists looking to experience wild landscapes in a sustainable way, from Camping to Eco-Resorts, from trekking to birding, from sightseeing to boating, Odisha today offers something for everyone.
Around 100 suitable sites in water bodies for setting up of floating jetties and boating facilities are in pipeline. The forest department has identified around 15 forest tracks for giving jungle safari experience to the tourists. All these destinations will be managed by the local community including Vana Sanrakshana Samitis (VSS) and Self Help Groups (SHGs). Provision of exotic experience to the tourists and their competitiveness for being popularized in the international market has remained the objective. The tents fixed at eco-spots are being converted to cottages with proper fire safety precautions. 47 destinations have 333 cottages with an accommodation capacity for 705 persons. Five spots namely Nrusinghnath in Bargarh districts, Chandipur in Balasore, Pine Forest in Koraput, Patora Dam site in Nuapada district and Tensa in Sundargarh district are ready for hospitality services.
There is a constant increase in the number of visitors to eco-destinations. It has increased from 11,500 in the year 2016 to 40,019 in the year 2019-20. Defeating the wreck caused by COVID-19, the number of tourists to eco-destinations touched 57,000 just within five months (November to March 2021) during the Financial Year 2020-21. The revenue earned from this activity has also increased from Rs 1.57 crore in 2016 to Rs 8.32 crore in 2020-21.
The Odisha government has decided to operate day cruise service at five selected water bodies. Like Goa, tourists visiting Odisha beaches will very soon enjoy their choicest best of food. Hopefully, green field Sri Jagannath International Airport at Puri can be commissioned by the end of 2024, which can attract more foreign tourists. Under UDAN, airports at Rourkela, Jaypur and Utkela are expected to operate by March next year. The golden sand beaches, out of which at least 2 are blueflag, will attract more nature loving tourists to spend their holidays in serene ambiences created in Chilika and other world famous destinations.

Share, if you care !!
2021-10-12
IIPnews
Previous: NITI Aayog and UNDP India launched a handbook to promote sustainable management of plastic waste in the country. 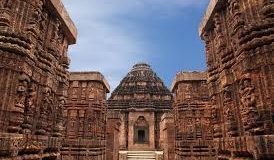 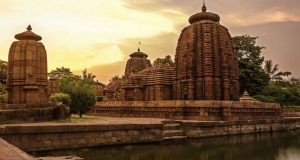 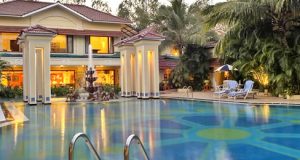