Biju Babu called for the map, a scale, and pencil. To everyone’s surprise he placed the scale in the map connecting Paradip and Daitary and drew a straight line. He told the engineers to consider the pencil line on the map as the alignment of the Expressway and proceed with the construction. When there were murmurs about large scale displacement of villages, Biju Babu reportedly said the matter may be best left to the chief minister

On a chilly winter morning in January 1962, Pandit Nehru laid the foundation stone for a sea port at a remote fishing hamlet on the Orissa coast. The Governor of Orissa, Shri Yashwant Narayan Sukthanker, and the Chief Minister, Shri Biju Patnaik, were present at the ceremony. Nehru said, “Willed by the people, I commend you to this yet another National Adventure”. Fortunately, the Prime Minister had the most adventurous person of the country, Biju Patnaik, to pilot the project. The port became the first Major Port on the east coast of independent India and is known as Paradip Port, on the global maritime map.

In 1948, the Port (Technical) Committee appointed by Government of India recommended investigation into the establishment of a port between Vishakhapatnam and Calcutta to develop trade and industry in Orissa and neighbouring states. Subsequently the Central Power, Irrigation and Navigation Committee collected data for a potential port site on the coast of Orissa. A French Mission of Consulting Engineers in 1955 invited by the Central Government examined several sites recommended for a riverine Port in the river Mahanadi. Pune’s Central Water and Power Research Station (CWPRS), after conducting model studies, suggested further investigation for the possibility of a coastal harbour.

Japan, which was interested in importing nearly two million tonnes of iron ore per annum from Orissa, agreed with CWPRS that a coastal harbour was necessary. Thus, in 1958, Paradip was declared as a minor port. Iron ore loading, by lighters into ships anchored in open sea, commenced on an experimental basis and only during fair weather, for export to Japan. The iron ore was brought from Tomka mines, about 144 kilometers from Paradip through road, rail and the navigable waters of Taladanda canal.

The operation, though successful, was quite expensive. By then, development of Paradip to an all-weather port had gained momentum. After further studies, CWPRS recommended a lagoon-type harbour south of the Mahanadi mouth, over a coastal harbour envisaged earlier. CWPRS argued that a lagoon type harbour was cheaper to construct, was better protected from cyclones of the Bay, and was more suitable for phased developments.

However, there were some major challenges slowing down the commissioning of the port before 1966 – the deadline set by the Japanese. After the Indian Railways backed out from taking up the work of a dedicated rail corridor citing lack of economic viability, Biju Patnaik decided to construct an Express way connecting the Daitary mines to the port, covering a distance of about 147 kilometers.

Since the proposed Expressway was to pass through thickly populated delta areas, crossing four major rivers and a number of irrigation canals and water bodies, the State engineering department wanted one year time to complete the survey works. This left only two years to complete the Expressway project. As per late Narayan Birabara Samanta, the then Chairman of Kujang Panchayat Samiti, who was present at the progress review meeting, when these time constraints were presented to Biju Babu, he called for the map, a scale, and pencil. To everyone’s surprise he placed the scale in the map connecting Paradip and Daitary and drew a straight line.

He told the engineers to consider the pencil line on the map as the alignment of the Expressway and proceed with the construction. When there were murmurs about large scale displacement of villages, Biju Babu reportedly said the matter may be best left to the chief minister. The three-lane Expressway would not have completed to make the port operational by 1966 as was assured to the Japanese, had Biju Babu not made this critical intervention.

The dredging of the harbour was another bottleneck in the commissioning of the port with India’s limited dredging capability. At Biju Babu’s request, assistance was sought from the Government of Yugoslavia.  Prime Minister of Yugoslavia Peter Stambolic, in the presence of Biju Babu, declared the port open to navigation on March 12, 1966 with the entry of Indian Naval Ship INVESTIGATOR. M.V.CHIOS was the first merchant vessel to have sailed from the port on November 26, 1966 with 14,430MT of iron ore, adding a new chapter to the enriched maritime history of Odisha.

Paradip Port, initially developed as a mono commodity port for export of Iron ore, gradually transformed into a multi-commodity port handling ore, coal, crude oil and products, food grains, fertilizers, raw materials, liquid ammonia, acid, heavy lifts and containers at its 15 deep draft berths and two Single Point Moorings. The Port has crossed the 100 million mark in cargo through put during the last fiscal, only the second Major Port of the country to achieve the land mark.

Paradip Port would not have been a success story, but for the untiring effort and timely decision making of Biju Babu. From commissioning the initial blue print of the port by British consulting engineers Rendel, Palmer and Tritton to convincing the Prime Minister about the port’s location, and then from construction of the Expressway to management amidst cyclones and labour opposition to mechanisation, Biju Babu overcame it all. He has been rightly called the Father of Paradip Port.

Naming Paradip Port Trust after its founding father Biju Patnaik  could be the  true  honour for the port for its achievement of crossing 100 million tonnes of cargo throughput. 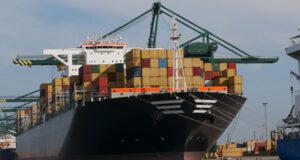 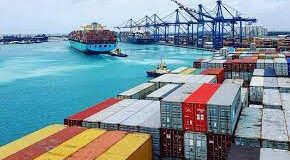 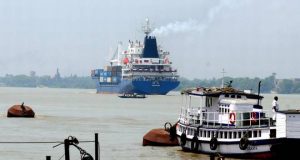 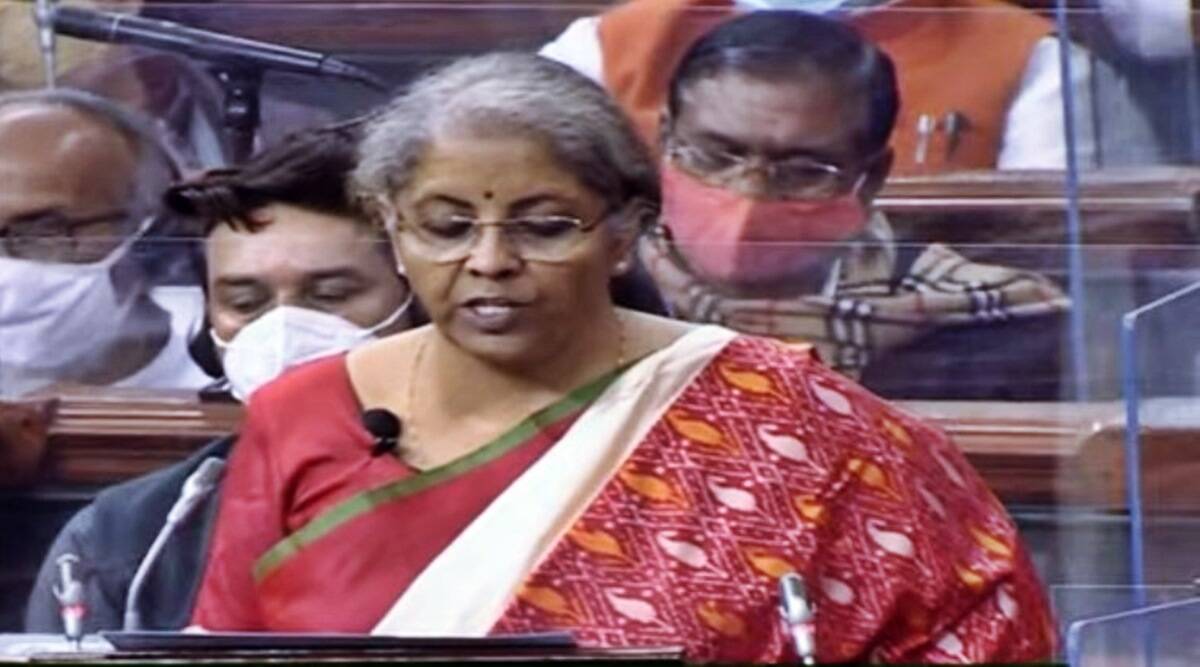 Seven projects worth more than Rs 2,000 crore will be offered by the major ports ... 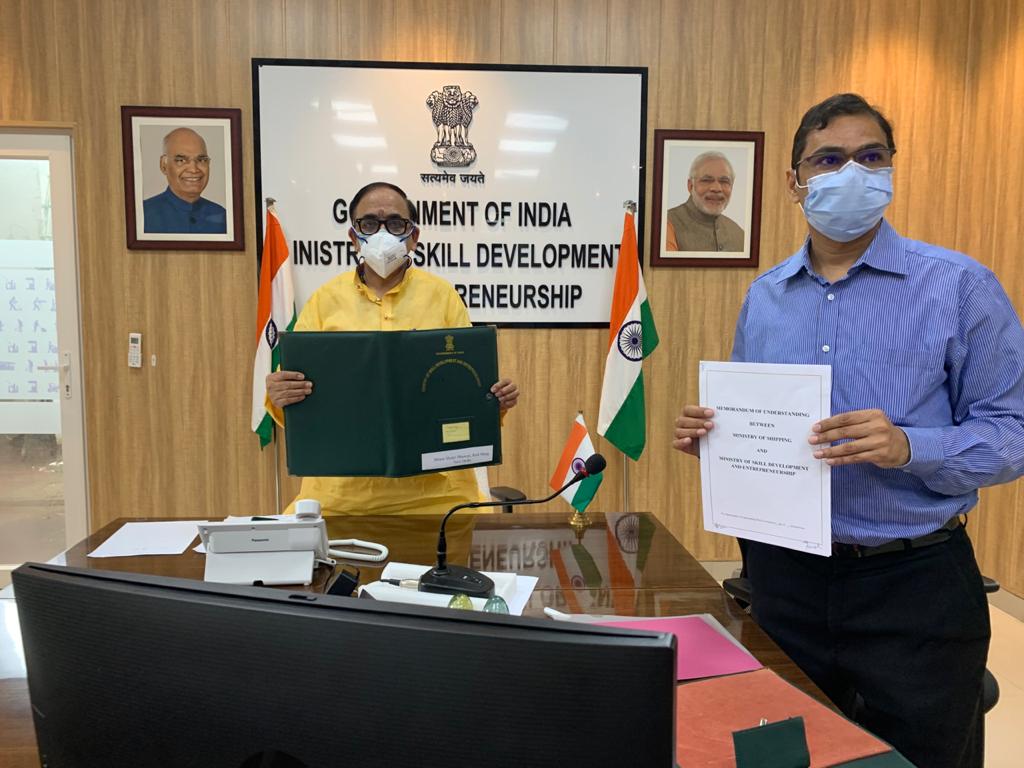 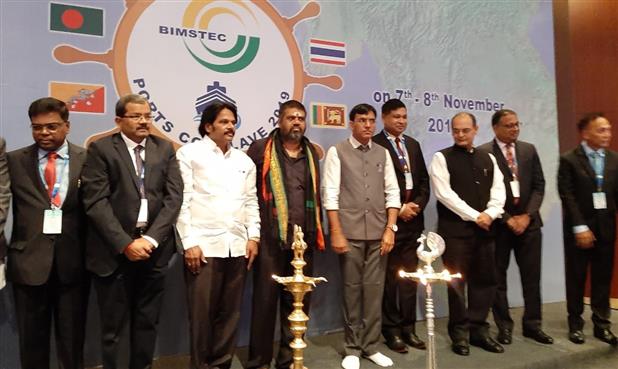