Launch of National Mission on GeM

Posted by: Indianindustry Media in Commerce and Industry August 30, 2018 0 268 Views

National Mission on Government e Marketplace (GeM) will be launched on 5th September 2018 to accelerate the adoption and use of GeM by major central Ministries, State Governments and their agencies. The aim of the National Mission is to promote inclusiveness, transparency and efficiency in public procurement and achieve cashless, contactless and paperless transaction. This will increase overall efficiency and lead to cost saving on government expenditure in procurement.

During the 6 weeks’ special drive beginning from 6th September up to 15th October 2018, the mission will be launched at state headquarters by Chief Ministers and will cover important sectors and flagship programmes, launch of IEC campaign along with training on usage of GeM for buyers and sellers, buyer registration drive to on board government agencies and vendor registration drive with special focus on MSMEs.

The GeM has completed two years and as on 26th of August 2018, it has crossed ₹ 10,800 crore in value terms and 6.96 lakh in volume of transactions through the platform.  More than 1.35 lakh sellers offer 4.43 lakh products on the GeM platform which has 26,500 organizations as buyers. While all States and Union Territories are buying through GeM, 25 States and UTs have already signed an MoU to make procurement through GeM mandatory. It has led to an overall average saving in cost of procurement to the tune of about 25%. 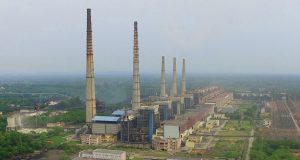 Government has banned certain apps in June 2020 and September 2020 on concerns of security ...