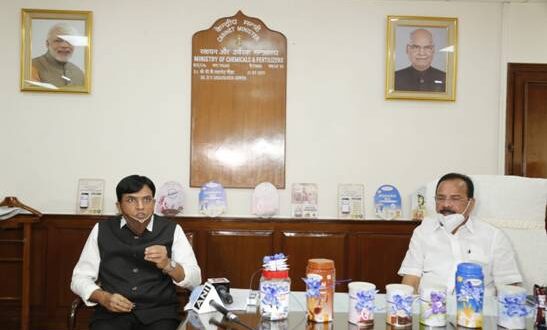 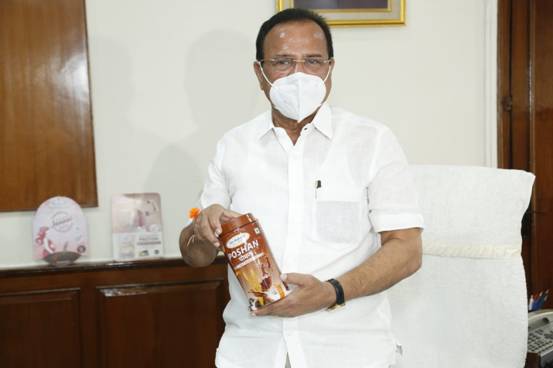 Speaking on the occasion, Shri Gowda informed that the launch of new nutraceuticals today  is significant in view of the Corona-19 pandemic.  These products will help in boosting immunity of the people. He also informed that products are comparable in quality and are cheaper by over 26% than the market price.  He hoped that through the massive network of  Janaushadhi Kendras, the immunity boosting- protein products will reach a large population promoting good health. Shri Gowda further said that Government is also now providing many nutraceuticals like protein supplements, malt-based nutrition drinks, immunity booster etc for improving overall health and nutritional condition of people.

The Minister also informed that around  one million patients visit our 6500 plus stores every day, to purchase quality generic & affordable medicines.  This scheme is becoming a boon for patients who are supposed to take medicines for chronic ailments like diabetes, blood pressure, psychotropic, etc.  He further, said that importance of these Janaushadhi kendras was highlighted by the Prime Minister himself in his Independence Day speech when he  referred to Janaushadhi Kendras selling Sanitary Napkins at Rs.1 per pad under the name of Suvidha Scheme to ensure women menstrual hygiene and for safe periods.  The material which is used in the pad is having oxo-biodegradable properties, thus making it not only affordable, but also environment friendly. He added that though the scheme was launched in 2008, only 99 stores were functional till end of March 2016. The scheme was revamped, as per the vision of the Prime Minister in all aspects like procurement, logistics, IT & opening of kendras in 2017. At present, there are 6587 kendras. 732 districts out of 734 are covered.

On the occasion Minister of State for Chemicals & Fertilisers Shri Mansukh Mandaviya said that ratio of generic medicines has now gone up after revamped, Janaushadhi Kendras were launched as per the vision of the Prime Minister. He pointed out the new nutrient based products will help in improving immunity and are thus important during the present  time when Corona pandemic has spread in the country. Shri Mandaviya also informed that the Janaushadhi Kendras have played important role  in providing cheaper but qualiting generic  medicines whose sale and use went up sharply after these Kendras were revamped by the present government.  Secretary Pharmaceutical Dr. P D Vaghela also addressed on the occasion

Details of the Nutraceutical products under PMBJP

For inviting more applicants & increasing viability of stores, incentives are being provided  which are almost doubled from Rs 2.50 lakh to 5.00 lakh. Government is also providing one time grant of Rs 2.00 lakh for store set-up to persons belonging to SC,ST, women & divyang category and to any applicant opening store in N-E States, aspirational districts & Himalayan states.

Share, if you care !!
2020-09-04
IIPnews
Previous: The Fifteenth Finance Commission hold discussions with its Economic Advisory Council
Next: In the auto sector, we should move towards global dominance: Shri Piyush Goyal 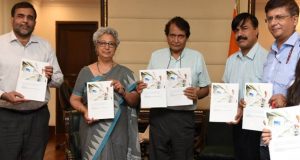 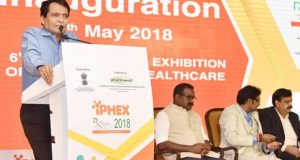 Goverment Committed to get Access to Indian Pharma in Key Markets: Suresh Prabhu