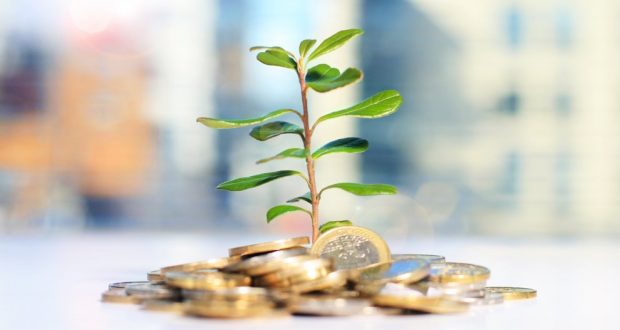 Odisha had fast-tracked itself on the industrialization front by inking MoUs with more than 93 industrial houses and quite a few of them have commenced production. ‘Make in Odisha’ euphoria is in the air. This is part of Odisha’s aggressive new industrial policy that hopes to attract fresh investments to the tune of Rs.2.5 lakh crore and generate several lakh jobs by 2025 under its ‘Vision 2025.’

As the stage gets set for the ‘Make in Odisha conclave’ euphoria is in the air. There is talk all around of how the state, once talked about for poverty and starvation deaths, is emerging as a hot investment destination. The change is quiet perceptible and has been felt internationally. International industrial giants have been wooing the state willing to put their money at stake.

The new image of the state is courtesy its industry-friendly policies which make it easy for investors to do business. And this policy has been informed and enriched by years of experience, some good and some not so good. There have been setbacks on the industrial front but every time the state has managed to land on its feet. Its resilience is worth appreciating.

Chief minister, Naveen Patnaik, leading the state for the fourth consecutive term, thus giving it and prospective investors a sense of political stability and security, realizes the importance of industrial progress and the need for wooing investments. He has been doing exactly that for past sometime.

He made a determined bid to bring as much investment to the state as possible when he participated in the ‘Make In India’ week held in Mumbai. Investments worth Rs 70,959 crore were garnered. Apart from the flagship mines and minerals sector, the state government pulled investors in areas like food processing, IT & electronics manufacturing, textiles, renewable energy and gems & jewellery.

Of the Rs 70,959 crore around Rs. 30,000 crore investments came from the mineral sector while the rest were from areas like food processing, electronics, textiles and renewable energy. In the metals sector, the state received investment proposals from National Aluminium Company (Nalco), Vedanta and Larsen & Toubro (L&T). Adani Group plans to invest in an industrial park, an LNG terminal and LPG facility and a solar power manufacturing plant. GMR Group has announced an additional investment of Rs 1,800 crore.

Then there was an Indonesian major that committed an investment of Rs 5,000 crore. In the renewable energy sector the commitment was to the tune of Rs 8,350 crore. The ‘Make In India’ week was special because the chief minister unveiled the ‘Odisha Industrial Development Plan’, a vision document aimed at draw investments to the Rs 2.5 lakh crore by 2025, generating employment for one million people.

This was a significant industrial outreach exercise with Patnaik meet a cross section of industry leaders and business delegations from countries like China, Italy, Japan and Korea. Apart from Vision 2025, the chief minister also launched the e-Biz portal, a common inspection framework and GOiPlus, a web enabled land information system for hassle free business.

The success in Mumbai led the Odisha government to organize a special investment conclave in Balangalore, the IT capital of India. This also brought in highly encouraging results with big companies coming forward with investment proposals. The overall scenario against the backdrop of which the Make in Odisha conclave is being organized is not only positive it is quite encouraging.

Sources said that focus sectors for the conclave would be chemicals, petrochemicals, plastics, ancillary and downstream industries, metal sector, textiles and Apparel, food processing including seafood, electronics manufacturing, IT and tourism.

Trade analysts feel that most of the companies which make commitments would come to the state because of the government’s  pro-active approach and its new Industrial Policy that translates ‘ease of doing business’ from a mere metaphor into a reality.

Significantly, the conclave would also give Odisha government an opportunity to lure investors to put money in the Bhubaneswar Smart City Project, the first to take off the blocks in the country. The authorities plan to divide the venture into five sub-sectors each of which will be highlighted during the conclave. The Bhubaneswar Smart City Limited (BSCL), the special purpose vehicle executing the project, would have its own stall at the conclave.

A massive publicity blitz has expectedly preceded the big ticket event with road shows being organized by the state government to highlight its pluses on the investment front. Speaking at one of these industries minister, Debi Prasad Mishra sought to focus on Odisha’s progressive industrial policy and its robust industrial infrastructure ecosystem. “Good governance, single window facilitation and best-in-class incentives, and above all, an industry-friendly state government which is committed to facilitating ease of doing business,” Mishra told a gathering of CEOs.

The road show was organized by the Government of Odisha in collaboration with Department of Industrial Policy & Promotion (DIPP), Government of India and the Confederation of Indian Industry (CII) ahead of the Make in Odisha conclave. The Odisha delegation which comprised senior government officials and industry members showcased the investment opportunities in the state and invited the companies to the conclave.

The Team Odisha also met over 30 companies in Hyderabad and held one-to-one meetings with companies and organizations. It sought to underscore the competitive advantages of Odisha as a manufacturing destination and shared information about more than 200 ‘ready-to-invest’ projects in diverse sectors including industrial parks, textiles, healthcare, manufacturing, food processing, urban infrastructure, petrochemicals, tourism and downstream industries.

As it is, Odisha has fast-tracked itself on the industrialization front by inking MoUs with more than 93 industrial houses in sectors ranging from steel and power to cement with quite a few of them having commenced production. Hiccups notwithstanding, it is expected that almost all the major ventures would take off. This is part of Odisha’s aggressive industrial policy that hopes to attract fresh investments to the tune of Rs.2.5 lakh crore and generate several lakh jobs by 2025 under its ‘Vision 2025.’

The dream of chief minister, Naveen Patnaik is to make Odisha the manufacturing hub of the East by providing investors with a congenial atmosphere to set up their businesses in the state. Realizing this dream might be a challenge but Patnaik seems to be up to it. In the past he has shown that he is capable of backing his promises with action and he, the investors hope, would do the same again. 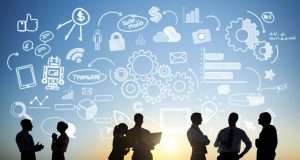