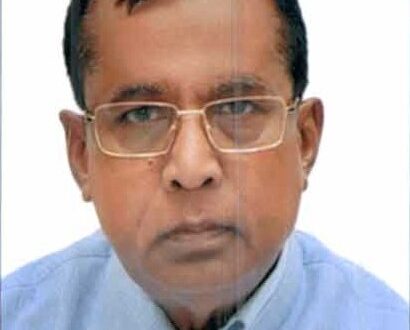 After a steep decline in April 2020, the overall growth rate of industrial production of eight core industries started showing signs of recovery, thereafter.  The sector-wise and month-wise details of growth rate in the eight core industries since March 2020 are at Annex. The sudden outbreak of COVID-19 has severely impacted some of the major economies of the world, viz. USA, European Union, UK and Japan. In India too, various sectors were affected due to the nation-wide lockdown. However, after the lockdown was relaxed, improvement has been witnessed in several sectors of the economy.

The Government has implemented several major reforms in recent years to boost industrial production and GDP growth. It has enacted the Insolvency and Bankruptcy Code (IBC) and recapitalized banks. The other prominent measures include Goods and Services Tax (GST) to simplify the indirect taxation regime, Make-in-India programme to boost domestic manufacturing capacity, liberalization of Foreign Direct Investment (FDI) and Jan Dhan-Aadhaar-Mobile (JAM) Trinity towards greater transparency, efficiency and financial inclusion. In September, 2019 the corporate tax rate was reduced to 15 per cent for new domestic manufacturing companies, which is amongst the lowest in the world. In December 2019, the government announced the Rs.103 lakh crore National Infrastructure Pipeline which would significantly boost infrastructure and spur growth impulses in the economy.  The Union Budget 2021-22 has announced a number of growth supporting measures which, inter-alia, include hike in custom duty to benefit make in India, critical measures to boost infrastructure, innovation and R&D, and “Minimum Government and Maximum Governance”.

Government has announced a special economic and comprehensive package of Rs. 27.1 lakh crores – equivalent to 13 per cent of India’s GDP– to combat the impact of the COVID-19 pandemic in India. The package includes, among others, in-kind and cash transfer relief measures for households, employment provision measures under Pradhan Mantri Garib Kalyan Rojgar Abhiyaan and increased allocation under MGNREGS, credit guarantee and equity infusion-based relief measures for MSMEs and NBFCs and regulatory and compliance measures related to tax-filing, IBC and procurement. Structural reforms have also been announced as part of the Atmanirbhar Bharat Package which, inter alia, include deregulation of the agricultural sector, change in definition of MSMEs, new PSU policy, commercialization of coal mining, higher FDI limits in defence and space sector, development of Industrial Land/ Land Bank and Industrial Information System, revamp of Viability Gap Funding scheme for social infrastructure, new power tariff policy and incentivizing States to undertake sector reforms. The implementation of the package is reviewed and monitored regularly.

Recently, the GoI has taken various initiatives under the Atmanirbhar Abhiyan to enhance the domestic production of Steel such as inclusion of ‘Speciality Steel’ incorporating four different product categories for incentives under the Production Linked Incentive (PLI) scheme; offering steel to MSMEs that are members of Engineering Export Promotion Council at export parity price under the Duty Draw Back scheme of DGFT; measures to provide preference to domestically produced iron and steel in government procurement, where aggregates estimate of iron and steel products exceeds Rs 25 crores; protecting the industry from unfair trade through appropriate remedial measures including imposition of anti-dumping duty and countervailing duty on the products in which unfair trade practices were adopted by other countries.

Cement Industry was de-controlled in 1989 and de-licensed in 1991 under the policy of economic liberalization. Cement (Quality Control) Order, 2003 mandates the quality of cement manufactured and sold in India to be compliant with the BIS standards laid down for particular type of cement. National Infrastructure Pipeline, Make in India, Pradhan Mantri Gram Sadak Yojana, Pradhan Mantri Awaas Yojana – Gramin, PM Awaas Yojana (Urban), Swachh Bharat Mission, Jal Jeevan Mission to provide ‘Har Ghar Jal’, other infrastructure and housing schemes will stimulate the production and sale of cement, steel, and other construction materials resulting in multiplier effect on the economy.

This information was given by the Minister of State in the Ministry of Commerce and Industry, Shri Som Parkash, in a written reply in the Rajya Sabha today.