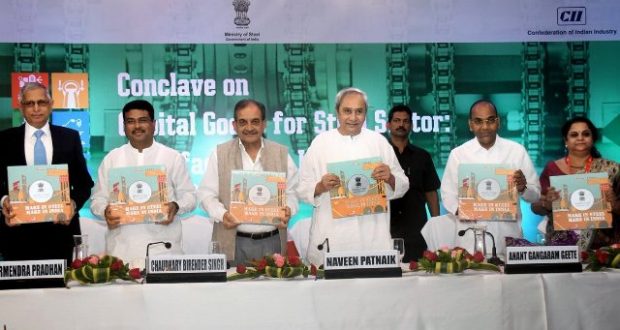 Capital Goods(CG) producers from across the globeinked 38 MoUs with Indian steel companies which will reduce imports for the steel sector worthRs 39,400 crore.TheMoUs were signed at a Conclave in Bhubaneswar today which wasorganized by Ministry of Steel, Government of India, in association with Confederation of Indian Industry (CII) and MECON.

The National Steel Policy – 2017 envisages creation of 300 million tonnes (MT) of steel capacity in the country by 2030-31 as against existing 130 MT. The estimated import of plant and equipment, for reaching 300 MT capacity, will be around USD 25 billion. Further, for meeting the spares requirement, it is estimated that at 300 MT capacity level, India will have to spend about USD 500 million annually for import of proprietary and other spares.

In his welcome address, Steel Minister, Chaudhary Birender Singh, said that in order to ensure that the MOUs signed today culminate into manufacturing of capital goods, a purchase preference policy to cover all purchases of steel products, including capital goods is being worked out by the Ministryof Steel.  It will ensure that products and product categories which do not get covered by the Domestically Manufactured Iron &Steel Policy will get covered by the proposed policy on the line which has been prescribed by the Department of Industrial Policy & Promotion.

In his address, Minister for Heavy Industries and Public Enterprises, AnantG Geete, said the Indian manufacturing companies have the capability to manufacture all non-proprietary items and the Government is committed to facilitate technological tie-ups between domestic CG producers and their foreign counterparts for capacity building.AnantGeete suggested setting up of   a machine tools hubin Odishaas had been set-up by the Heavy Industry Ministry in Karnataka.

Speaking on the occasion, Minister for Petroleum & Natural Gas, Skill Development and Entrepreneurship, Dharmendra Pradhan, said that Odisha has mega steel projects besides small and medium steel mills which also contribute significantly to the state’s overall steel production. He said that Odisha has the potential to produce nearly 100 million tonne (MT),of the total 300 MT output targeted by 2030-31, as the State is home to sizeable mineral resource base. He welcomed the proposal by the Heavy Industries Minister to set up a machine tools park in Odisha.

Secretary, Ministry of Steel, Binoy Kumar, said it is in the interest of stakeholders that the capital goods industry should be strengthened so that competition increases. This will help in reducing the capital cost of projects. Although today, imported plants may come at a lower price but this is usually followed by high priced maintenance contracts and spares. By locally manufacturing, the maintenance of plant and machinery may also becomeeconomical.

Adam Szewczyk,of the World Steel Association, said India’s demand for steelis set to increase in the short and medium term due to favourable macro-economic conditions and ambitious reforms agenda. It will soon be the second biggest market in the world.

The Conclave was attended by senior officers of Ministry of Steel, Chairmen and MD of SAIL and BHEL and CEOs of other steel companies from India and abroad.

Share, if you care !!
2018-10-23
Indianindustry Media
Previous: Conclave on Capital Goods in Steel Sector in Bhubaneswar
Next: Bioethanol Production from Rice Straw 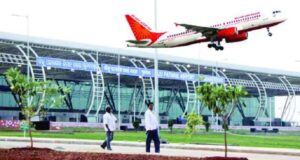 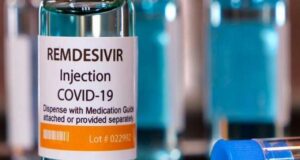 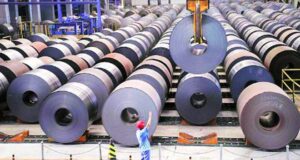 Comprehensive Action Plan for fulfilment of Industrial ambition of Odisha

Details of country-wise import and export of finished steel during last three years and current ... 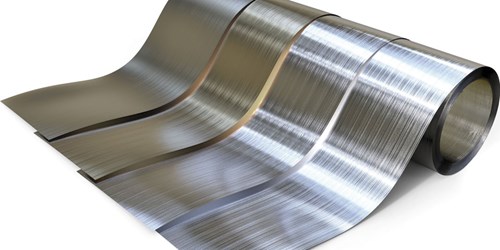