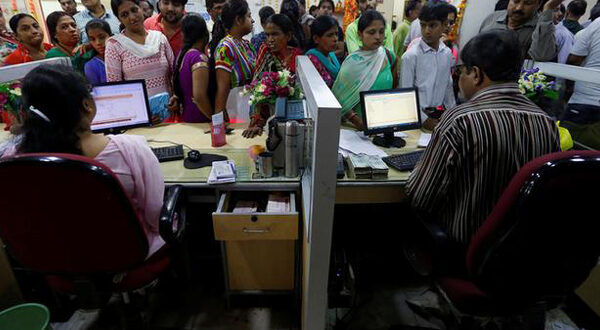 To ensure availability of banking outlet (Bank branch/Business Correspondent (BC), within 5 kilometers of all inhabited villages the Government has launched a Geographic Information System (GIS) based app., namely, Jan Dhan Darshak app (JDD app) developed by National Informatics Centre (NIC). This was stated by Shri Anurag Singh Thakur, Union Minister of State for Finance & Corporate Affairs in a written reply to a question in Lok Sabha

Banks have been provided login credentials to upload the GIS location of their branches, Business Correspondents and ATMs on the app. As per JDD app, there are 1.66 lakh branches, 4.35 lakh BCs and 2.07 lakhs ATMs mapped by the banks. Further, as per data uploaded by the banks on JDD app, out of the 5.53 lakh mapped villages on the app, 5.52 lakh (99.8%) villages are having branch or BC within 5 kilometers distance, the Minister said in a written reply.

Giving more details, Shri Thakur said that as per extant guidelines dated 18.5.2017 on rationalisation of Branch Authorisation Policy, Reserve Bank of India (RBI) has granted general permission to domestic Scheduled Commercial Banks (excluding Regional Rural Banks), to open banking outlets at any place in the country, without seeking prior approval of RBI in each case, subject to at least 25 percent of the total number of banking outlets opened during a financial year being in unbanked rural centres i.e. centres having population less than 10,000 (Tier 5 and Tier 6 centres). Further, 10 Small Finance banks and six Payment Banks have been licensed by RBI for providing banking services across the country including the rural centres.

The Minister said that under Pradhan Mantri Jan-Dhan Yojana (PMJDY), all villages were mapped by banks into 1.59 lakh Sub-Service Areas (SSAs) with one SSA catering to 1,000 to 1,500 households. While 0.33 lakh SSAs have been covered with bank branches, 1.26 lakh SSAs, have been covered by deployment of interoperable Business Correspondents (BCs).

In pursuance of RBI guidelines, rolling out of banking outlets in uncovered areas is a continuous process and looked after by State Level Banker’s Committee (SLBC), in consultation with the concerned State Government, member banks and other stakeholders. Banks, inter-alia, consider proposals for opening banking outlets in the light of RBI’s instructions, their business plans and their commercial viability. To further assess the viability for opening a banking outlet, banks carry out survey as required.

As informed by SLBC, Haryana and SLBC Bihar, all the Gram Panchayats and Blocks in these States are covered with banking services by bank branches/ Business Correspondents, the Minster stated.