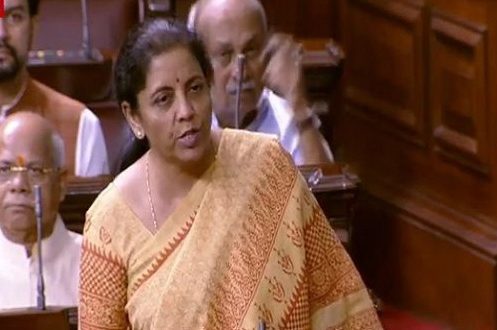 The Government has projected the real GDP growth for the year 2019-20 at 7 per cent, on the back of anticipated pickup in the growth of investment and acceleration in the growth of consumption. The Union Minister for Finance and Corporate Affairs, Smt Nirmala Sitharaman tabled the Economic Survey 2018-19 in Parliament today, which clearly stated that the year 2019-20 has delivered a huge political mandate for the government, which augurs well for the prospects of high economic growth. The April, 2019 Report of the World Economic Outlook (WEO) of International Monetary Fund (IMF) has projected India’s GDP to grow even higher at 7.3 percent in 2019. This is despite the Report projecting a decline in growth of world output and that of Emerging Market and Developing Economies (EMDEs) by 0.3 and 0.1 percentage points respectively.

India continues to remain the fastest growing major economy in the world in 2018-19, despite a slight moderation in its GDP growth from 7.2 per cent in 2017-18 to 6.8 per cent in 2018-19. On the other hand, the world output growth declined from 3.8 per cent in 2017 to 3.6 per cent in 2018. The slowdown in the world economy and Emerging Market and Developing Economies (EMDEs) in 2018 followed the escalation of US China trade tensions, tighter credit policies in China, and financial tightening alongside the normalization of monetary policy in the larger advanced economies.

India’s growth of real GDP has been high with average growth of 7.5 per cent in the last 5 years (2014-15 onwards). The Indian economy grew at 6.8 per cent in 2018-19, thereby experiencing some moderation in growth when compared to the previous year. This moderation in growth momentum is mainly on account of lower growth in ‘Agriculture & allied’, ‘Trade, hotel, transport, storage, communication and services related to broadcasting’ and ‘Public administration & defence’ sectors. Acreage in 2018-19 for the rabi crop was marginally lower than last year, which affected agricultural performance. The contraction in food prices may have contributed to inducing farmers to produce less. On the demand side, lower growth of GDP in 2018-19 was accounted for, by a decline in growth of government final consumption, change in stocks and contraction  in valuables.

Net Foreign Direct Investment (FDI) inflows grew by 14.2 per cent in 2018-19. Among the top sectors attracting FDI equity inflows, services, automobiles and chemicals were the major categories. By and large, FDI inflows have been growing at a high rate since 2015-16. This pick up indicates the improvement in confidence of the foreign investors in the Indian economy.

Indian banking sector has been dealing with twin balance sheet problem, which refers to stressed, corporate and bank balance sheets. The increase in Non-Performing Assets (NPA) of banks led to stress on balance sheets of banks, with the Public Sector Banks (PSBs) taking in more stress.

Consumption has always been a strong and major driver of growth in the economy. Although the share of private consumption in GDP remains high, the pattern of consumption has undergone some changes over time- from essentials to luxuries and from goods to services

Green shoots in the investment activity appear to be taking hold as also seen in the pickup in credit growth to industry. Credit to, both, large and micro, small and medium enterprises has seen pickup in growth. The growth of bank credit to micro, small and medium enterprises was contracting in 2016 and 2017, but has started picking up n 2018. Credit growth to large industry started declining since March 2016 and entered negative territory by October 2016. It has recovered since early 2017-18 and the momentum has picked up in the second half of 2018.

The trend of growth of exports and imports was different in 2018-19 in rupee and US dollar terms. While growth of both export and import declined in US$ terms, it increased in rupee terms (at current prices) in 2018-19. This happened due to the depreciation of rupee vis-a vis US dollar in 2018-19.

Service sector is the most dynamic sector in the economy and has remained the key driver of economic growth along with being a major contributor to GVA and export basket of the Indian Economy. Service exports has become one of the mainstay of India’s total exports increasing manifold, from Rs. 0.746 lakh crore in 2000-01 to Rs. 14.389 lakh crore in 2018-19, raising its share in total exports from 26.8 per cent to 38.4 per cent. Share of India in world service exports has also increased from 2 per cent in 2005 to 3.5 per cent in 2017. This share is much higher than that of manufacturing exports which stands at 1.8 per cent in 2017.

Real growth in ‘Agriculture & allied’ sector was lower in 2018-19 at 2.9 per cent, after two years of good agriculture growth. As per the 3rd Advance Estimates released by Ministry of Agriculture & Farmers Welfare, the total production of  foodgrains during 2018-19 is estimated at 283.4 million tones in 2017-18 (final estimate). There was a significant decline in food prices in 2018-19 as indicated by nearly zero per cent consumer food price inflation in 2018-19 with price contraction straight for five months in the year.

Growth in the industry accelerated during 2018-19 on the strength of improving manufacturing and construction activity, which have more than offset the declaration in the other two sub sectors, ‘Mining & quarrying’ and ‘Electricity, gas, water supply & other utility services’.  Manufacturing accounted for 16.4 per cent in total GVA in 2018-19, marginally higher than that of ‘Agriculture & allied’ sector .

The growth in manufacturing sector picked up in 2018-19, although the momentum slowed down towards the end of the financial year with a growth of 3.1 per cent in fourth quarter of the year, as compared to 12.1 per cent, 6.9 per cent and 6.4 per cent in first, second and third quarter respectively. The growth rate in Q4 of 2018-19 moderated considerably, on account of lower NBFC lending, which in part led to sales in the auto sector. 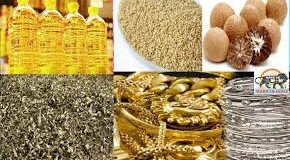